…this time, from the director’s point of view.

As you might recall (or not), I’m also acting in a piece which will be presented in the same event! I’m finding the shifting of mental gears quite the experience; Fun, so far, but challenging…

Let’s rewind just a second —JUST LIKE THAT is short film I’m directing. It’s one in which I’m actually involved with a larger cast & crew than what I’ve normally worked on (in a producing stand point). But, it’s not my first time working in a directing position on film. AGAINST WHICH (written by Victor Vazquez), however, is my first time working on directing a stage production and I want to thank Jeffrey Lo for thinking I have what it takes to pull it off.

Or maybe he was desperate. I don’t know –I’m too grateful to ask him. Hah!

I can’t say too much about the story without giving it away but AGAINST WHICH touches on themes that include, dealing with loss, repression, and forgiveness. I’m confident that by the second rehearsal, moving into the night of the performance we’ll be pinpointing more nuanced elements of the human condition within the motives of the narrative. But first… 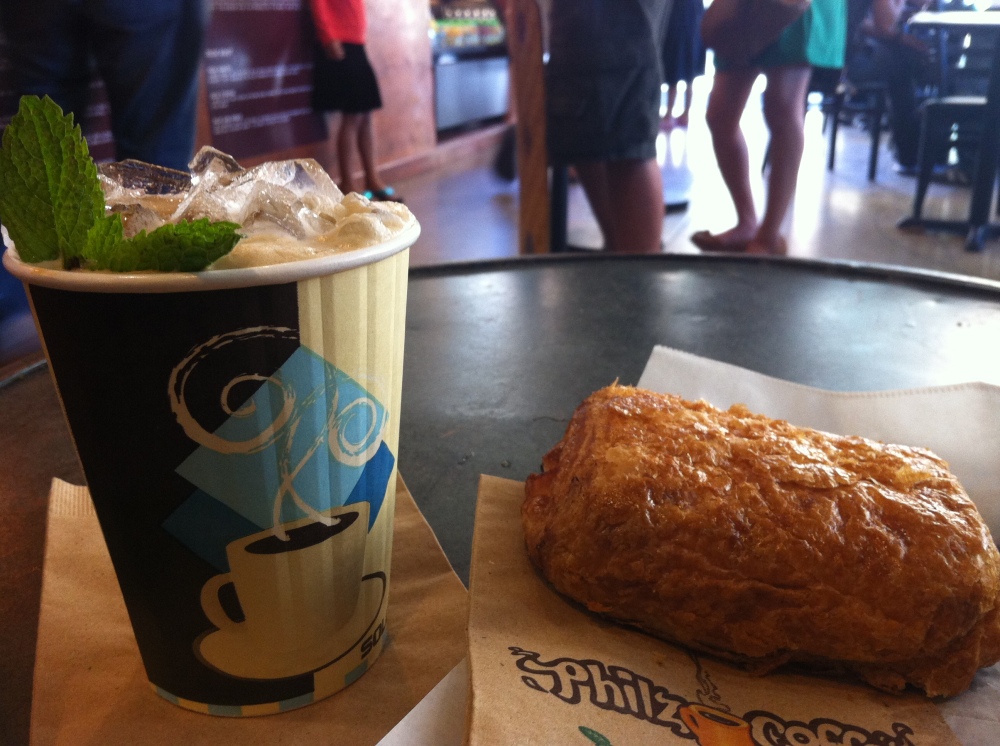 I started the day with a quick visit to Philz Coffee. The San Jose location doesn’t have the fabulously tasty cheese croissants that the Palo Alto location has, but they still have the ever refreshing mint mojito iced coffee. No big loss. Chris (who I’ve cast in JUST LIKE THAT) swooped me up by 2:30p and we headed over to our rehearsal space. 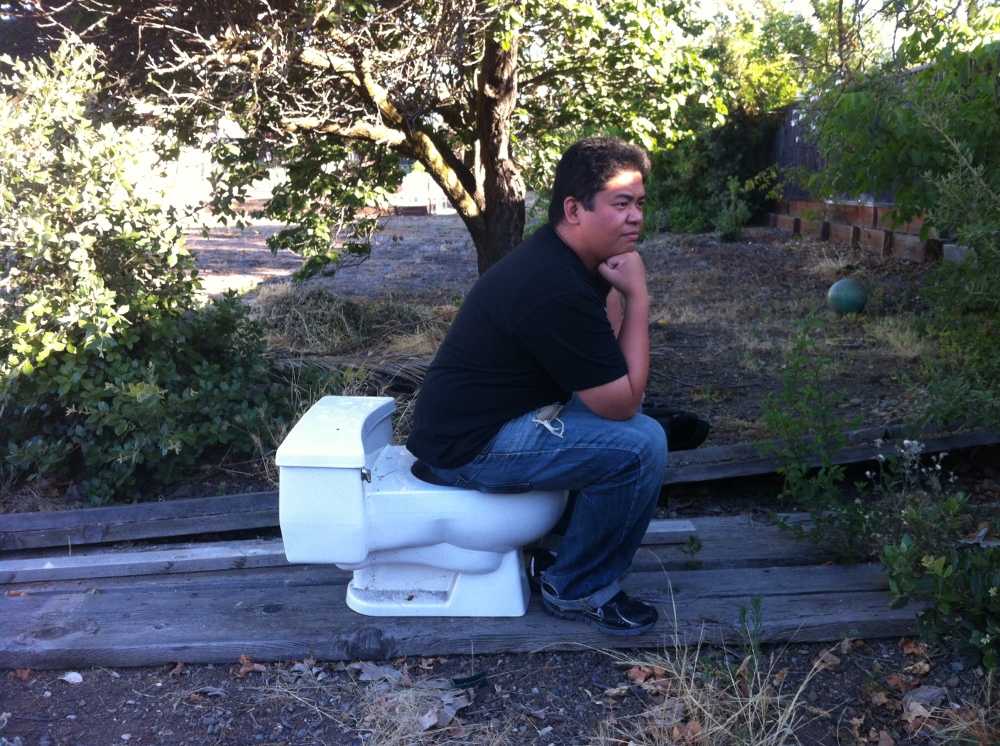 Just outside of the space was this little gem. Mind you, this area wasn’t particularly grungy by any measure -but this…one has to wonder how this piece of porcelain goodness ended up here. WHAT’S ITS STORY!?

But enough potty humor, our rehearsal started fairly on time and we dove into the material. I’ve cast Peter Hsieh to play opposite of Chris Yu Gaoiran. After hearing them read through it once, I felt much more at ease with where we’re taking this story.

What was the process like? Well, on the first go around we read through the entire play (nine pages). It was an opportunity to hear it in its raw form and certainly the first time either of the actors have had a chance to play off of someone reading against them.

We jumped into story and character exploration. The usual suspects arose:

Then we arrived to questions that formed the basis of the story’s alchemy.

We explored, and we dug. We broke for a quick break and I was happy to see that we’ve been able to mine quite a bit; I’m supremely glad to have cast actors who care about the story –and their characters!

By the second half of rehearsal we were up on our feet, exploring potential blocking. This process, I found, was quite fun. I’d have to say it paced well and felt organic. We went through each page, having their actor’s instincts take them around the physical life of the characters -I’d stop them, and make adjustments and offer guide posts. I had, in certain sections of the script, envisioned a specific sequence of movements and watching it in action was quite the spark.

I very much enjoyed that they offered their own reasoning behind certain decisions. I couldn’t ask for more from intelligent actors. It was simply a splendid process.

They’re acting, can you tell?

It’s been an exciting experience so far! We have two more days of rehearsal so who knows what more we’ll be discovering. This directing stuff isn’t so bad…you know, when you’ve got great actors.

Anyway, I digress. I want to invite you all to come see the 06 Ensemble‘s presentation of THE BENCH PROJECT on June 30th, 8p at Dragon Productions Theatre Company in Palo Alto. Admission is a book donation which will go towards the East Bay Children’s Book Project!

*Special thanks to Peter Hsieh for hooking it up with the wonderful rehearsal space!